What is your technology?

What are the benefits of implementing your technology? 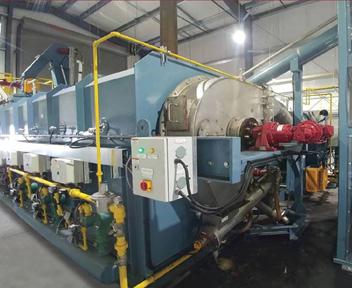 Has the technology been tested, demonstrated, or implemented anywhere to date?

In 2018, CHAR commissioned the only commercial-scale high-temperature pyrolysis system in North America capable of converting a number of challenging organic wastes into value-added biocarbons and syngas.  The system is capable of processing 1 tonne per hour of feedstock material and is based on a system that has over 100 deployments globally in an adjacent industry (mining).  CHAR’s High-Temperature Pyrolysis technology was developed to convert digestate, biosolids, and other organic waste streams into value-add outputs. CHAR’s proprietary pyrolysis system was installed at a large biogas facility in London, Ontario. One of the goals of the pyrolysis system is to showcase the conversion of feedstocks, like anaerobic digestate and biosolids, into patented products like ‘Cleanfyre’ and ‘SulfaCHAR Zero Waste’. The second goal of the system is to test new feedstocks including biosolids, manure, and energy crops to develop new biocarbons and projects that convert low-value waste streams into renewable and valuable outputs.

What are some of the next steps needed to advance the technology?

The Water Research Foundation (WRF) today announced that Requests for Proposals (RFPs) are available for six new research projects funded under the Solicited Research Program. In addition, one new RFP...

NVP Energy is a low strength wastewater treatment solution that enables treatment and the generation of biogas at ambient effluent temperatures, as low as 40ºF (4ºC), a step change in...